The $700-billion financial industry bailout we have been hearing so much about became law Friday. While the new program could make a recession a little softer of a blow, and 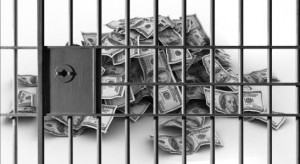 potentially even shorter, it will not stop the economic and housing downturns in their tracks, according to most economists.

The economic package, which President George W. Bush signed into law less than two hours after the U.S. House of Representatives passed it, authorizes the federal government to buy billions of dollars in bad mortgages and other debt, taking the troubled loans off the books of the financial firms.

The idea is the taxpayer-funded bailout will free up credit markets and allow banks to lend money again. The government will then sell the assets at a later time when the market returns to better times; at least that’s the idea.

The new bailout bill also includes ways to help curb the foreclosure crisis, a critical step if we want to see the housing market re-bound. I am still not convinced it’s enough, I would ask why don’t we stop the current foreclosure mess right now and figure out a way to help people in their current homes rather than just bailout the big boys and foreclose more?

The problem is foreclosures themselves hurt the real estate market. Foreclosures typically drive down property values in a neighborhood and in turn neighbors possibly owing more on their home that it’s worth. What we are seeing is some people, when put in this situation, will stop making mortgage payments all together and it just keeps adding up one property after another and the cycle does not stop. The foundation needs support, if you build on a crumbling foundation the roof will eventually come down, its common sense.

The Emergency Economic Stabilization Act approved by Congress last week and signed by President Bush on Friday contains broad language requiring the Treasury Department to develop a plan to “mitigate” foreclosures. It also requires federal agencies to encourage mortgage companies to modify the loans of borrowers in danger of foreclosure. This would be helpful if the individual agencies would do this, this is a time that banks should take note, not take pay raises. Some people in this great country of ours are truly in a hardship, work with them and we can see through this mess.

Bankruptcy court judges already have the power to reduce debts owed on just about anything and structure repayment plans based on the lower amount. The same treatment for mortgages on primary residences would help many people avoid foreclosure.

I read recently read a letter was sent to congressional leaders, imploring them, “Do not spend $700 billion on the wrong people.” Instead, they urged Congress to impose a six-month freeze on new foreclosures and reform the bankruptcy code to allow more people to avoid foreclosure.

While the plan has its critics and imperfections there is good in it. The economy is so heavily based on housing from about every trade you can think of all the way to the building process and suppliers themselves a change was needed and if the banks can take note to work with homeowners more diligently we will see improvement.

The New York Times had a great article recently about the bailout and is well worth the read. I for one, hope we can see improvement from this plan, get our tax dollars back and more immediate see lenders start to work with homeowners more to help prevent even more foreclosures and in turn more economic bleak.

One of most beautiful neighborhoods in Rockford is Woodhill. Homeowners here love the winding streets that lead throughout the …