That’s right, different types of homeowner’s policies can say a lot about you, or rather, how you’re covered. It’s no longer about how the price looks (as tempting as that may be), it’s 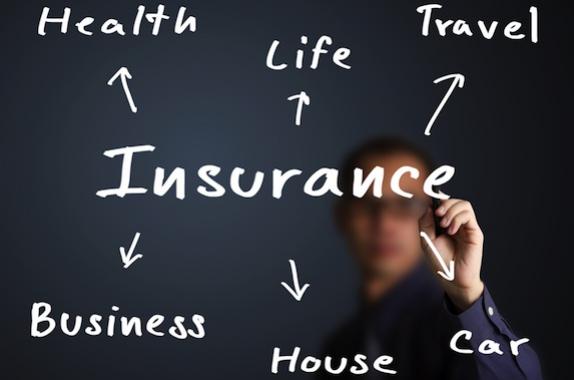 what’s on the inside that counts. (insert heartfelt “awe” here).

While insurance may not be the most riveting concept to talk about, we all need it, and let’s be honest, some more than others. Unfortunately, we tend to get so hung up on quantity, we risk QUALITY, and as soon as we lose sight of that, we might as well not even have it.

Take for instance two restaurants. The first one has an amazing line up of, let’s say Italian food (my favorite), and it’s cooked by one of the finest chefs in the industry. While slightly more expensive than the Italian restaurant across the street, it is well managed, cleaned, and regulated, with some of the best customer service in town. However, your cousin’s aunt’s sister’s kid’s fifth birthday was last week, and you spent a little too much on that Barbie Paradise Island House complete with an in-ground pool and Ferrari  for that beloved plastic doll (I’m not bitter, really). So you decide to go to the less expensive Italian restaurant for your anniversary. What you don’t know, and, quite frankly, what they won’t tell you, is that the beef you just ate has been sitting out on the counter for the past 10 hours because the cook got fired for spitting in a customer’s food, and the manager had to hire someone on the spot who didn’t really know what they were doing. But hey- It’s cheaper!

Now, had you known the difference between the two, you might be willing to spend a little more for a meal that probably won’t leave you with repercussions and hospital bills.

Your homeowner’s  insurance works the same way, a lot of companies won’t tell you some major information for the sake of making a sale. Here is some important information to know and ask about:

An HO-3 policy offers open peril coverage for losses to the dwelling and other covered structures on the policy, while giving you broad coverage for personal property. That means that the policy provides an “all risk” coverage on the home, save for specifically excluded perils. Contents are covered on a named peril basis. Meaning unless specifically stated, they’re not covered. A peril is the cause of a loss. Example: a tornado destroyed a home. The tornado is a peril and the house being destroyed is the loss.

An HO-5 policy offers open peril coverage for the dwelling and other structures like the HO-3 policy, but the major difference is that personal property is ALSO covered under open peril. Therefore if something happens,  you don’t have to prove that it’s covered, the Insurance company has to prove that it’s not. Unless it’s specifically stated that it’s not covered, it will be.

One more thing to look at is whether or not the home is covered by ACV or Actual Cash Value, versus Replacement Cost.

Replacement Cost is the amount that it would take to re-build the property after a loss. This does not mean your home will now suddenly be sporting a hot tub and indoor gymnasium complete with a sauna. The whole point of insurance is to get you back to your same financial condition as before the loss. (The fancy insurance-y term for this is Indemnification.) However, while you won’t be getting an awesomer home (that is a word right?), You get the brand new version of your used home! (Go back and read that with a game show host in mind.)

What ACV is then, is the value of the property minus depreciation. That means use and age are taken into account when determining the cost to reinstate the property. For example, that Chevy “Black Widow” you just bought? You don’t really think you’re going to get away with not driving it right? Besides, the mere fact you just bought that attractive piece of metal made the value decrease. (Don’t take it personally, I’m sure you’re awesome.) With ACV on a home it’s the same concept. You just can’t sell used things for what you paid brand new, but you CAN take that money and buy a brand new “soccer mom van” for less value. It’s a vicious cycle.

In the end, choose wisely knowing what you’re getting- yeah sometimes that means you have to spend a little more, but in the long run, it will be the best investment you’ve ever made. Let’s face it- bad things happen and life gets hard in a hurry, but luck tends to spend more time with the prepared… and those who take their spouses to nice restaurants in jacked up trucks.

Need an insurance quote?  Contact Joshua Barningham with Farmers at 763-238-2537