The neighborhood of Near North in Minneapolis is located on the north side of MPLS.  Contained within the community are 6 smaller neighborhoods; Harrison, Hawthorn, Jordan, Summer-Glenwood and Willard-Hay.  Near North is known to be more affordable than other areas in the Twin Cities.  Read more about Near North neighborhood…

About the Near North Community

Near North, not to be confused with North Minneapolis is located near the Urban Center of Minneapolis MN and is home to about 6,000 people.  The neighborhood is primarily 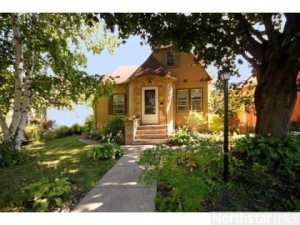 residential consisting of single-family homes.  The Near North residents enjoy their proximity not only to the commercial and entertainment venues of downtown, but to the vast open spaces of the 759-acre Wirth Park and 70-acre Bassett’s Creek.  These popular community parks offer abundant walking and biking paths, picnic facilities, playgrounds, and recreational waterways.  The serenity of the parks set it apart from the bustling metropolitan area and while there, it is easy to forget you are in the heart of the city.

Neighborhoods in Near North

Harrison is a neighborhood in the Near North community in Minneapolis, located to the west of downtown.  Its boundaries are Olson Memorial Highway to the north, Interstate 94 to the east, Bassett Creek to the south, and Theodore Wirth Park to the west.

Near North is a neighborhood within the larger Near North community on the north side of Minneapolis.  It is bordered by the Hawthorne and Jordan neighborhoods to the north, St. Anthony West to the east, North Loop, Sumner-Glenwood, and Harrison to the south, and Willard-Hay to the west.

Sumner-Glenwood is the name of a small neighborhood in the Near North community of Minneapolis, MN.  It is roughly contained by 15 city blocks bordered to the north by 11th Avenue N., to the south by Glenwood Avenue, to the east by I-94, and to the west by both Girard Terrace and Emerson Avenue N.  One of the new streets in this development, Van White Memorial Boulevard, is named for Van Freeman White, the first African-American to serve on the Minneapolis City Council.

Your Near North Realtor